Compare movers in Gardena and save 50% off moving cost
Save Money with Competitive Quotes
We Have Over 10,000 Movers in USA

Gardena
Why Use Authority Movers?
Save time and money

I moved fra Copenhagen, Denmark to New York City in March, 2020. It was Corona-time with lots of unknown and anxiety. Schumacher was excellent: professional, respectful, helpful, and informative. Thanks! 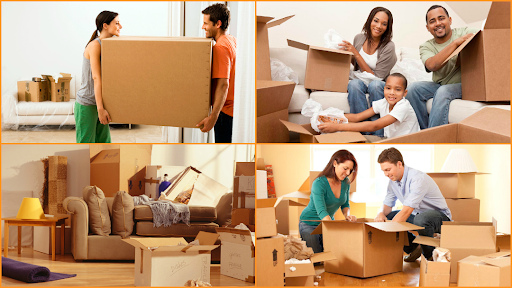 Great service!!! Thanks a lot for White Gold Moving & Storage for quality service. Movers show up on time, hard work. Service was well done. I recommend this company to anyone who need to move soon. Thanks

The movers who came were phenomenal. They moved quickly and got the job done in an orderly fashion. They were very professional gentlemen. It took them 1 1/2 hours to move the stuff out and another 1 hour to move it into the storage unit. They exceeded my expectations.

Contracted through Colonial Van Lines. Driver showed up late both at pickup and delivery by over three hours. The driver refused to hire helpers with the packing, and it took him 8 hours to pack up a one bedroom apartment. They also claimed my move weighed 5700lbs. However a reweigh at an official CST scale showed a weight of less than 4600. Curious. Lastly, they refused to assemble my furniture. He claimed my brand new apartment had bugs. Strangely enough, I've never seen a single insect inside , nor did the people I hired to come to finish the move in. No bugs sighed at all. Overall, the service was poor, untimely, and unpleasant. Run from these guys. You can rent a truck from Penske, hire guys from Task Rabbit or Moving help, drive yourself, hire guys to unload all cheaper than messing with these guys.

Do not deserve a star!!! DO NOT USE!! Scam.. Hidden fees. They gave me a set price then at the end of the bill they charged for shrink wrap and other things. Which I thought was included. A few items were missing. The owner Kim said the guys was his best workers and they don't steal. One of the brothers was twitching like he was on heavy drugs and they all smelled like alcohol. If you do use them take care of all your important valuables. The other reviews are fake!

Mcnair & Nicholl Moving Company Inc Unclaimed
14501 S Broadway Gardena, CA 90248 USA
N/A
based on 0 reviews
get quotes
Best Gardena Movers
Moving companies are really something to spend money on during the move. The beneficial difference between moving with such companies is the availability of necessary equipment, machines of necessary dimensions, professional assistants who will be able to carry out your move to or from Gardena as soon as possible. Below is a list of companies in Gardena for the move, which help to carry out the plan.
Get FREE Moving Quotes

Find Movers near by Gardena