Compare movers in Sarasota and save 50% off moving cost
Save Money with Competitive Quotes
We Have Over 10,000 Movers in USA

Sarasota
Why Use Authority Movers?
Save time and money 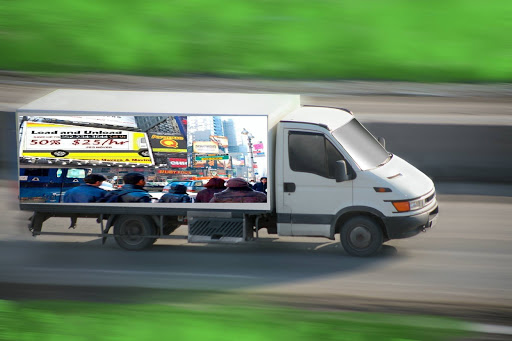 Great job, Fred and Robert! Reasonable rates timely, professional and courteous service, I would use them again, and recommend them. Thank you! 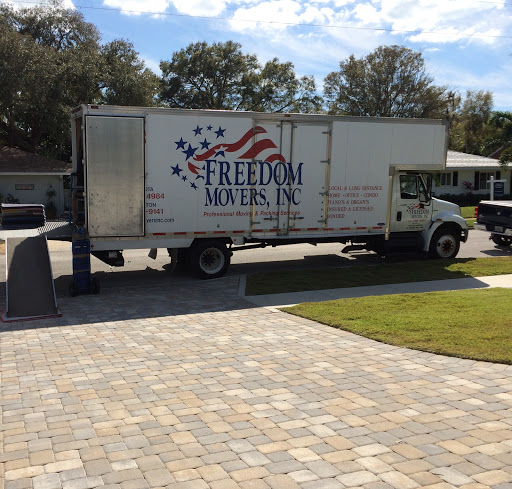 My long distance move from Florida to Pennsylvania started out very professional but did not end the same way. Scott the owner of the company came to check our inventory before quoting us a price. He’ll tell you they a local small business and their prices are more expensive than everyone else’s. They will guarantee pickup, disassembly, delivery and reassembly of furniture within a small window of time. He quoted me $4,000 to move a one bedroom apartment. I negotiated him down to $3500. Still quite expensive in my mind. $500 deposit upon pickup, $3,000 in cash upon delivery. Anyway pick up was prompt. Disassembled and packed up my things without incident. Very nice moving crew. Delivery was two days later as promised but with a different moving crew. Scott was there but with his two brothers who seems annoyed they had to help him work that day. Scott procedured to move everything into my new apartment and was adamant about collecting the rest of the money before the move was complete. I thought it was a bit weird to pay in full at this point before the job was complete but up to this point I had no reason not to trust Scott. Here’s where things got shady. Once they finished moving things into my apartment Scott said he’d be right back up to put all the furniture together. He called me 15 minutes later saying he left because the parking authority said he had to move his truck. He had already gotten one ticket which he insisted I pay him ($51) I asked him “what about the furniture you’re supposed to reassemble?” He said “Sorry, I cant keep getting tickets” and then hung up the phone. I called him back and of course he didn’t not answer. He left my wife and I to assemble and move hundreds of lbs of furniture all around the apartment. It took me hours to find all the parts/screws and tools that his crew packed up. If you want to pay lots of money for a dishonest moving company and incomplete job then freedom movers are your guys. These guys stole From us. Collected the cash and didn’t finished the job they were hired to do. I Would not recommend this company. You’re better off going with a national moving company. Stay away!

I am so glad this company was available when I needed to move my 3-bedroom apartment. Bekins of Sarasota is truly a hidden jewel. I had driven past this location many times and did not know they were tucked away in the corner of University Parkway and 301. Their pricing was really good and the movers, Tristan, Kyle, and Jesse were really great guys to work with. Hard workers who came right in, worked well together, and got everything I indicated moved to my new home safely. John R., who did the estimate was also a really nice person to work with. He explained every detail of the cost of the move and was always responsive to changes I needed to make to my move date. This is an excellent company to use. 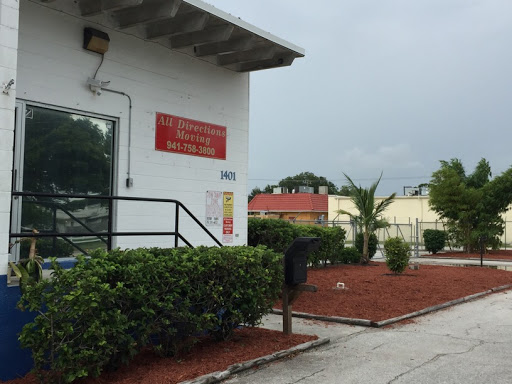 No more .Never again with All Directions . They will promise you the moon .lose part of your move ....then they don't know you ...

Larkin Moving made my move less stressful. They were extremely careful and provided exceptional service, asking exactly how I wanted things placed. Michael is a great leader and his team really exceeded my expectations. They were hard-working, friendly and very efficient. I highly recommend this company. 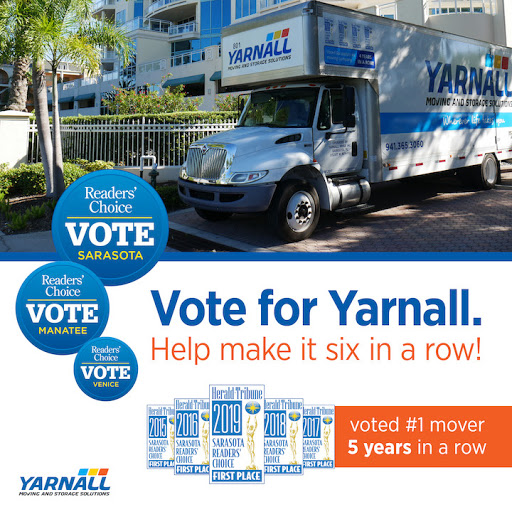 Excellent service. I have heard tons of horror stories about moving and movers especially across state lines. But hiring Yarnall to move my parents from Florida to Texas was the best decision ever. They performed the whole process seamlessly. Gave a Competitive Quote , easy paperwork, set a date that was convenient for us, showed up right on time on day of the move with a large van and a a wonderful team of 4 men. Moved each and every item quickly and efficiently and expertly pack the king size sleep number bed, exercise equipment and other unusual items (paintings, etc. ). All is less than 4 hours and off they went and delivered 4 states away just days later. Again unloaded the van quickly and efficiently and even helped set up some items even quicker than they packed everything just days before. Amazing. Not a single complaint or anything that could have been done better. Extremely happy and satisfied. Thank you Yarnall for not adding stress to what is already a stressful thing- moving.

Fantastic and professional. I have moved so much over the years that I never experienced the level of professionalism until Smiley and his crew showed up. They made it easy for my mother, who was in the "old" house for them while I was getting things ready at the new house. They went above and beyond. Very professional group of guys and they even took time out to just eat, take a breath and get back to work!

More
5 / 5
based on 7 reviews
get quotes
Best Sarasota Movers
Nothing and no one should overshadow the joy of moving to a new place. However, it can be difficult. After all, there are many important decisions to be made during a move, which can be overlooked if you do not move professionally. However, if you use the services of a licensed and insured moving company, you can minimize the risks of additional stress. We have compiled a list of the best moving companies in the area of Sarasota, so you can choose the right specialist based on your budget and time.
Get FREE Moving Quotes

Find Movers near by Sarasota