Compare movers in East Grand Forks and save 50% off moving cost
Save Money with Competitive Quotes
We Have Over 10,000 Movers in USA

East Grand Forks
Why Use Authority Movers?
Save time and money

Very rude on the phone, immediately contacted someone else.

The 2 gentleman who helped me move out were amazing. They got my stuff out quick, took care of my items. And were very professional. They deserve a raise! Overall 10/10 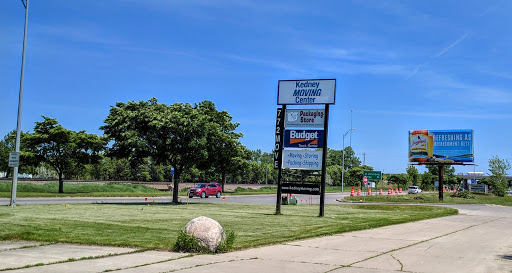 Former employee here with 8 months exp working for Kedney. First, they didnt hire enough workers to get the job done on time so we would have to work late into the night. Second, a few times our paychecks seemed short. Marla and Todd have very poor customer service skills and the warehouse is disgusting. Would never recommend

Do not use to make your next move. I called and set up moving date. I called to verify that we’re still scheduled, that should have been my first clue They never followed up The morning of the move I called to confirm the arrival time. I was told they are leaving shop now and be there in 15 min. Hour later still no movers. When I called again , I was told not sure where they were. 15 min after the last call they show up. Two older gentleman get out of moving truck and the driver comes to house carrying a coffee cup , first words out of his mouth were what’s the “GIG”. Next he walks into my home with his shoes on and onto my new carpet thus leaving foot prints. I asked him how come they were so late and he replied with a smirk on his face and said we needed coffee. I informed him I am not paying for the hour he was late getting to house and if he expected me to pay for that hour he can leave now. He stated fine we will leave. I informed him I would call the owner and his reply was he is the owner. That was a lie. When I called the office to complain I was told he was the Forman for the shop not the owner. Because I had taken the morning off to make this move , I was put in a bind to get things moved now. I called the minot office to talk with the owner and low and behold I have not been called back by the owner. Poor moving company and I would definitely not use or recommend them to anyone. To me the Forman should be fired. He is costing this company money. I did call Whalen Movers and they came with in the hour of my call on the Same day and were fantastic and very professional and what a pleasure to work with. They will be my recommendation to anyone wanting help to move.

Road Runner Moving, Grand Forks ND Unclaimed
1998 30th Avenue South #102 Grand Forks, ND 58201 USA
N/A
based on 0 reviews
get quotes
Best East Grand Forks Movers
Regardless of whether you move from East Grand Forks to another city or another part of the city, hiring the right driver will relieve stress and complications during the move. Authoritative moving companies with good reputation have an honest policy, hire the right employees and do not charge any hidden fees. We have investigated the best movers in East Grand Forks to help you find the right moving company for your convenience during your move.
Get FREE Moving Quotes