Compare movers in Oxnard and save 50% off moving cost
Save Money with Competitive Quotes
We Have Over 10,000 Movers in USA

Oxnard
Why Use Authority Movers?
Save time and money 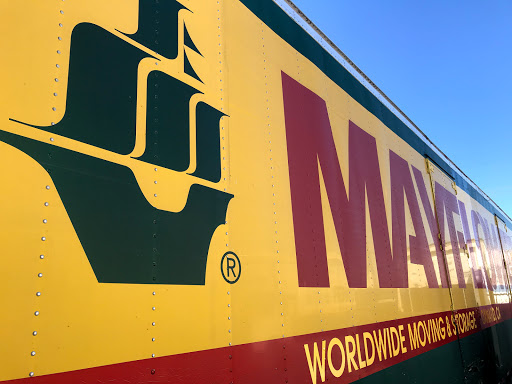 THIS COMPANY IS NEWLY OWNED AND MANAGED BY THE THE BEST OF THE BEST COMPANIES AND BEST FRIENDS THAT WORK TOGETHER ALONGSIDE WITH EACHOTHER... ...IT IS A WONDERFUL HONOR AND A PRIVILEGE TO WORK OUT IN THE COUNTY'S...WITH THE OWNER HIMSELF...WORKING WITH US ALL AND GIVING US TREMENDOUS RESPECT AND LOVE FOR PROVIDING STRENGTH AND COURAGE THROUGHOUT EACH AND EVERY MOVE... I MICHAEL ANDREW NIELL RATES THIS FAST GROWING COMPANY # 1 IN THIS COUNTY OF VENTURA CALIFORNIA, MOVING LOCALLY OR THROUGHOUT AMERICA AND ALL OVER THE WORLD... ...THE OWNER IS JEFF SULLIVAN AND WILL ALWAYS BRING A BID WITH OUR SERVICES THAT YOU CAN AFFORD... HE IS THE BEST BOSS THAT I EVER HAD... MICHAEL ANDREW NIELL...

I found them to be completely honest, professional, timely, clean and complete. If you need to be packed, moved, stored and happy...hire this organization.

If I could give negative stars I would. Not only did this company arrive late on move day but they damaged, broke and lost some of my belongings. On move day when they arrived they told me that the pickup they did before mine had two large motorcycles that they had to load, therefore they could not take my entire load on one truck. The second truck arrived the following day but they did not deliver a day after the first truck, the second truck arrived two weeks later! On that second truck was my dinning room chairs, my plates, pots pans etc. Very Very inconvenient. In order to shorten this review I will list some of the items that were damaged. They broke my large glass dinning room table top in half - they chipped the stone top of my dinning room breakfront (even though it was crated) - they cracked and chipped a stone mantle piece top (they were supposed to crate but did not) - broke decorative wood carvings on a tall asian table - broke a night stand - put four slits in the side of my Duxianna mattress and dirty marks! - lost a wrought iron decorative fireback - two boxes of inventory - a hand truck. There are many more items I could list and point out like the fact that when the first moving truck arrived they were unloading and some of my decorative pillows had been used as "stuffing" for small spaces between boxes and other items, I had a love seat, a chaise and a bergere & ottoman newly re-upholstered that were draped in a clear covering, I told the movers they needed to shrink wrap these furniture pieces, they did not! So much more I could list. I called the manager, the salesman and the move coordinator I was told that the owner would contact me to apologize and work something out. No call! This disaster cost me over $14,000 I did take insurance but no one wants to loose personal items or go through having to place a claim and I have a deductable. This particular location hires drivers who hire loaders and no one takes responsibility no one. Oh let me mention when that second truck arrived two weeks after the first truck, the two men who drove that truck cross country LA to South Carolina, were told that two helpers (loaders/unloaders) would arrive to help them...NO Not Happening - these two men unloaded the entire second truck by themselves and took the entire day into the evening. My day my evening. The move was extremely unprofessional, my personal belonging were treated with no care at all no respect. I have yet to hear from them at all. I am still unpacking and have not put in a claim because I was told to wait until all items were unpacked because you can only put in 1 claim. Thinking of using this company, this location, I would look elsewhere.

Oxnard Movers
1555 West 5th Street #B Oxnard, CA 93030 USA
0/5
based on 0 reviews
get quotes
Best Oxnard Movers
We have studied many options and narrowed the list of the best moving companies in Oxnard, based on the quality of service and reputation among clients.Hiring a moving company is a gift you can give yourself. After all, working with such companies is a pleasure, where there is no place for stress and unnecessary worries. However, you should approach the choice of company wisely.
Get FREE Moving Quotes

Find Movers near by Oxnard