Compare movers in Nashville and save 50% off moving cost
Save Money with Competitive Quotes
We Have Over 10,000 Movers in USA

Nashville
Why Use Authority Movers?
Save time and money

Malik and his crew has been to my house on 4 different locations. They are always on time, very nice and extremely efficient workers. Highly recommend!

It is the best moving experience I ever had. The price quote was reasonable and the best part is, it remained the same throughout. The moving team was so professional and quick. I cannot believe all the extra care and attention they took, but how quickly they moved. I recommend them to all my friends and family.

Definitely the worst moving experience I've ever had. First they were late because one truck got into an accident apparently, but I understand things happen, and they sent another one that came about 2 hours late. However, when the guys came they had a completely wrong invoice that didn't list the items that needed to be moved that were previously agreed upon. Then the 2 guys started arguing about whether or not to load the items that were not on the list. When one of them picked up a lamp and brought it outside the lead mover told him to put it down, and the two of them got into a heated argument outside in the parking lot, literally about to fight. Neighbors came outside and started yelling at them to stop. In all that nonsense, they knocked over and damaged a lamp. The lead guy called the boss and said he never wants to work with the other guy again. All of this happened while they were training a 3rd guy...the whole situation was absolutely ridiculous. Later when reassembling a bed, they lost some of the screws to it and spent half an hour looking for that, and scuffed up wooden floors and the walls. Then after speaking to the manager who was already aware of all of these issues, he basically gave us the equivalent of $40 off and was angry towards us on the phone. I picked these guys because of the great reviews, but something must have changed with management prior to our move in April. Never use these guys, at least in the Nashville area.

This is my second time using this company for my love and they have been so amazing and easy to work with! Cody and Devin where quick and efficient, as well as kind and gentle with my belongings. I will always recommend this company to anyone who is in need of some help with a big move.

They came highly recommended to me, and I will highly recommend them any chance I get. From the first call to the office until the move was finished, I felt I was being taken care of. Worth every penny!

Excellent company, excellent people, I knew these were the movers to hire after speaking to CHRIS on the phone. His communication was trustworthy and clear. Our movers, MIKE and JERRY, deserve special appreciation for moving an antique upright piano 50 feet across my house. Certain angles were tight and it truly didn't look like it would work. They never gave up and solved the problem. This job asked a lot of them and they were always professional, kind, and friendly, TIP YOUR MOVERS. 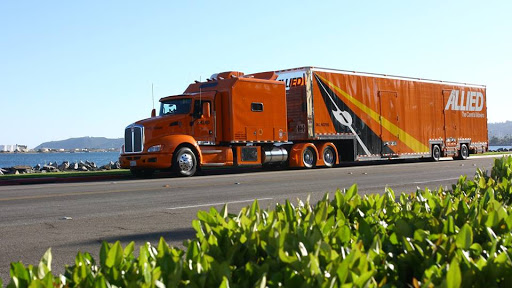 From start to finish, the Ted Sanders team did a fabulous job. Mike answered all our questions and got the job done for a fair price. Tommy is clearly customer focused, arriving on schedule at the start and delivery, and kept it all well organized. Everything, and I do mean everything, arrived safe and sound. I hope to never have to move again, but, if I do, this is the team I’ll call.

Terrible, unprofessional service. Do not deliver on any of their promises on their website. Damage to almost everything they moved. Terrible looking truck with a massive hole in the roof. The mover joked that I was lucky it wasn't raining on moving day or all of my things would get wet. TV was dropped and broke, accidents happen, whatever. The mover said someone from the office would be in contact with me the same day to get it replaced. No one called the same day, I called the office the next day and was told I had to talk to the owner who would not be in until later in the day and they would return my call later the same day. No call back. None of my furniture was padded or quilt wrapped. Bed and dresser were damaged loading and loading off the truck. They moved my couch with a metal Dolley and no protection on the couch, when they slid the Dolley out from under my couch they scratched the floor and leather couch. Small scratches and dings happen when you are moving but there was no attempt to protect a leather couch being moved with a steel Dolley. Don't waste your time with these guys. Find someone else

The movers were very punctual and it work quickly. I am very satisfied with the job and will most definitely use them again on my next move. Thank you

A crew of 4 with Cafish Moving recently helped us with a local move in Nashville. They were professional, friendly and incredibly hard-working. By far the best movers I have ever had.

More
4.1/5
based on 29 reviews
get quotes
Best Nashville Movers
It does not matter how far you want to move, to or from Nashville, but hiring a professional moving team will help you unload your days both physically and morally, making them less stressful. You should choose companies that are licensed and have good technical support, excellent customer service and many positive reviews. We have compiled a list of the best moving companies in Nashville and a guide to everything you need to know.
Get FREE Moving Quotes

Find Movers near by Nashville