Compare movers in Muncie and save 50% off moving cost
Save Money with Competitive Quotes
We Have Over 10,000 Movers in USA

Muncie
Why Use Authority Movers?
Save time and money 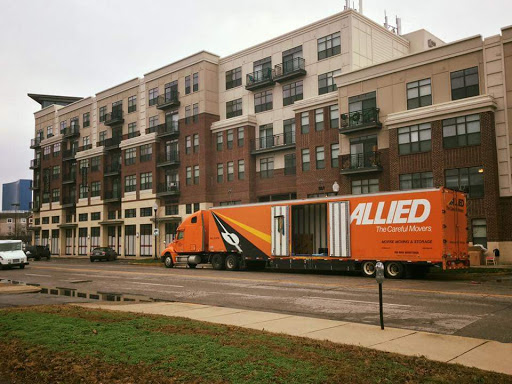 They moved us after living in our house for 25 years. After the move, I had several necklaces missing/stolen, a damaged gutter, a damaged gun safe, and several dishes broken. While they agreed to pay for the gutter, the repairs have been completed and the bill has still not been paid by Morse/Allied. The gun safe was only reimbursed at half the cost to repair due to limited liability. Broken dishes were not replaced since it was "our fault" for not checking all the boxes (over 50) to ensure nothing was broken after a 9 hour move. The necklaces were somehow lost during the move - they were at old house but never made it to our new house. They were very sentimental to me and Morse/Allied didn't seem to interested in trying to make amends. I would NOT recommend them for any move. I have contacted their claims manager, sales rep that gave us the original estimate, and a customer rep to share my displeasure with the move. No one will return my call or email. Dave Morse - which employee was terminated and why? One of the actual movers or the claims manager? If one of the movers were fired for stealing my necklaces, it would be nice to have them back. They all hold sentimental and monetary value as they were all gifts from family members. Most importantly was a necklace that held the cremains of my aunt who I was very close to and just passed last May. 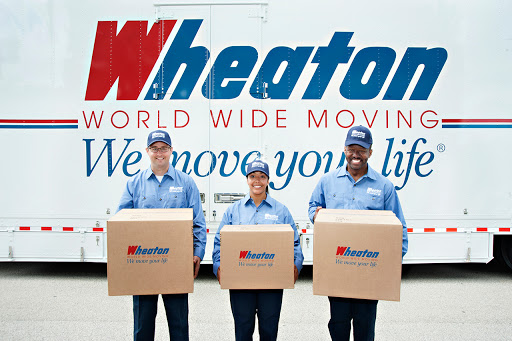 I'm so glad I chose Wheaton to move my belongings. Danny explained all phases of the move and gave me a fair price. On the day other move Bob and Robert arrived on time for pickup. They worked quickly and efficiently . They were friendly and polite and answered all my questions. Bob arrived at my destination in the time frame promised and again worked quickly and efficiently to unload. I will definitely use Wheaton again if the need arises. 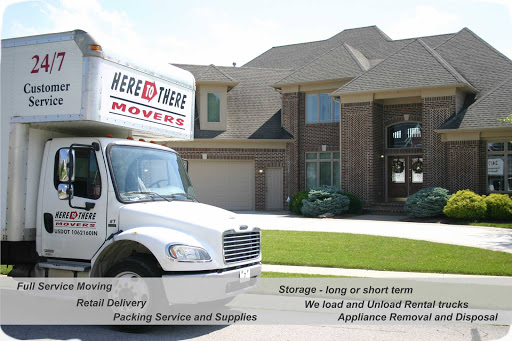 The movers were a little late and I was cool with that they got everything done in orderly fashion. When I call to see anything about me getting a discount because they were an hour late not only did the manager and his boss basically tell me it is what it is just because I used a groupon. He proceeded to then tell me that he made over 4 million dollars last year and that I am just one person complaining I have never had such horrible customer service ever in my life I definitely wouldn't recommend this busines strictly on how the managers operate and they obviously operate only by money not thinking about customer service. The to me and that help me were by far above and beyond great customer service and I appreciate that and that was the best experience I have with this company 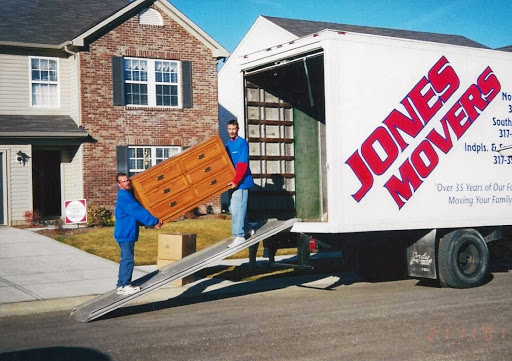 Never have I ever worked for a more unprofessional company as this one. they don't give you a proper interview or detailing of the job or what you are walking into so allow me. The Owners Joe and Candy are beyond unprofessional I mean terrible isn't even a proper word for how bad these people are. I only worked for two weeks and I listened to Joe bad mouth and belittle just about everyone that works with or for him. Employees encourage you to steal on the job, the drivers do not help at all so expect for you and the third man in the truck to do all the work. They do not keep record of your time you spend there, They do not provide you with water or any hydration on the job I suffered from a full body cramping after a 15 hr shift which means I was so exhausted and dehydrated every inch of my body locked up resulting in a painful and restless night and do not expect any breaks during your shift. I worked a 47+ hr week and only received 26 hrs on my paycheck, yes they ripped me off that bad when I tried to approach them in a respectful tone the owner Joe said that I was lying and hung up the phone on me when I in fact sent him a copy of my time card a week prior to pay day. I had to have my mother call because Joe Instantly blocked my number. he even disrespected my mother and hung up on her as well. I went to the warehouse to get to the bottom of the situation and Candy proceeded to tell me she doesn't know what I am talking about and that I never worked 47+ hrs. I showed up every day at 7-7:30 am before everyone how could I possibly lie about you seeing me walk through your door everyday? Yes people may lie about hrs but it is impossible for you to miss a 300 pound man walking through your door every morning. Joe also feels that if you happen to come down with the flu or have to step down from his company he is not obligated to pay you a dime of what you worked for prior to your situation. These people are unprofessional, they do not care for your time or well being I would advise all of you and anyone else to stay AWAY from JONES MOVERS. OWNERS GO BY THE NAMES {JOE AND CANDY}. thank you ! This company is trying to hide the fact that I definitely worked full shifts by myself. They had me in the warehouse constantly working on things around the warehouse which I did not mind at all because it’s work! But DO NOT LIE about the hrs I’ve spent there I just talked to your employee yesterday and you’re still treating them unfairly.....why must you continue to be corrupt? Did you or you husband joe not deny a sick man of his last pay ? Or is that not what I witnessed as well ? Did you or joe not tell one of your supervisors to harm a former employee or did that not happen as well?i just called joes phone and my number is still blocked. Your husband called me in a disrespectful manner as I tried to address the situation professionally. (Do you not steal from your clients)? you do not keep records of the time anyone spends there other wise your supervisor would not have told me to make sure joe gets my hrs which I sent to him a week prior to payday check his phone I will say nothing further from here. GODBLESS YOU ! 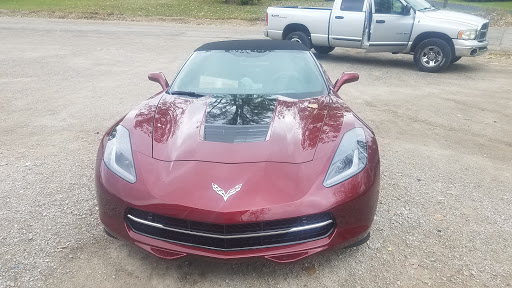 Disorganzed, stressful, and overall awful move. Our move was almost exactly one year ago. Contrary to the estimate and my repeated calls to confirm, they forgot to send packers the day before. We didn't know they camebefore, so were surprised when movers chewed us out for not being "ready." Company then promised to send packers, who arrived over 2 hours later cursed at us, and then went and sat in their truck complaining about how screwed up everything was. Then they said there would be a delay in moving belongings, for past the date of closing a week later. When we said that wasn't acceptable, they moved it up a day. Two more days off work... and they didn't wrap most of the things, everything was mixed up and not labeled, and things like photos were strewn in with other goods, and some boxes even had paint from the garage dumped out onto linens. Etc. Ended up with big furniture at the new house, but our "stuff" at the old for 5 days, which was a confusing terrible time when we were stuck in between. Of course, when our belongings arrived, everything was stacked up in unlabeled boxes and mixed up... has taken many hours of sorting through the mess. Much damage to furniture, and a desk was a complete loss,just ripped apart instead of unscrewed. Damage to antiques and others because they never wrapped with anything more than glorified Saran-wrap. They put the master bed together but turns out they lost most of the screws, so the first time we sat down, it collapsed. Not sure how they managed to do it, given there was hardly anything holding it together. After filing a timely claim, their repair guy said most was a loss or unrepairable.. Still have not seen a dime from the movers. This was a horrible experience. I have done two cross-country moves and lots of locals with movers, and have never had such bad service, damage, and stress. Would NEVER recommend these movers. A year later and we are still picking up the pieces. Literally. 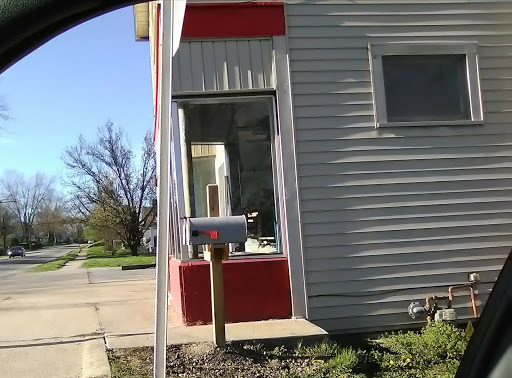 This was my first time using a moving company. Wonderful experience! From booking my move to the guys that moved me. At a great price also.

The guys were great. They came in and had 2 trucks packed and our house empty in 2 1/2 hours! The whole job was done in under 6 hours, and they placed all boxes and furniture wherever we asked or needed. We would hire these gentleman again in a heartbeat. Thanks guys.

The movers were amazing! They were incredibly polite and professional. During lockdown, we had to move 50% of furniture into assisted living and 50% of it into family storage. Not knowing how much would fit, they were so helpful rearranging furniture and taking the items that didn't fit back to the truck. The young men were simply amazing. I will always use Greenwood Moving and will highly recommend them!

Awful company - nothing but problems and headaches. We bought full coverage replacement cost insurance from them. Their insurance company has done nothing, but given us the run around. They did not wrap our furniture as they said they would and didn't handle it properly. DO NOT USE THEM! They are awful to deal with - find someone else!

More
4 / 5
based on 8 reviews
get quotes
Best Muncie Movers
Professional movers from the best companies to move from Muncie easily and effortlessly move your things, not allowing anything to happen to your valuable things. Look for companies that offer reliability and exemplary service to their customers. It's very easy to verify: read the feedback of real customers. Below we have collected a list of companies that can help you in moving to Muncie.
Get FREE Moving Quotes

Find Movers near by Muncie