Compare movers in Laurel and save 50% off moving cost
Save Money with Competitive Quotes
We Have Over 10,000 Movers in USA

Laurel
Why Use Authority Movers?
Save time and money 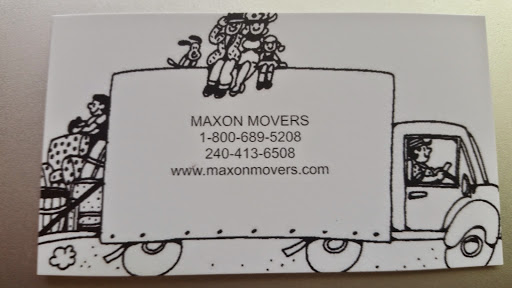 I called Maxon Movers and arranged to have two statues and a few pieces of furniture moved. I was completely up front with the size/weight of the statues and other items when I called to schedule it. The movers showed up late and then told me that they had not brought the appropriate vehicle to move the statues. They told me they would be back in a few hours with the correct vehicle (they said they needed a trailer or a truck with a lift gate). AFTER they left, they had their office call me and tell me that they wouldn't be able to do the job. That they would have to pay extra tolls for the trailer/larger vehicle. When I said I understood and asked them to provide me with a new quote (I want to note here that while I was unhappy I was still polite/professional), they were rude and said it would be too difficult to provide me with a quote.

BEWARE: The cheapest, most rundown, unprofessional moving company the Military could find in Mississippi!!!! Arrived unprepared (wrong size boxes, not enough packing paper) in an old oil leaking truck, left trash in every room of the house & yard daily, crew was sketchy and had to be watched like a hawk, poor wrapping, especially for an overseas move, and improper markings on the crates (per military regulations). Vice President Patrick Anderson smoked in our garage (in a non-smoking residence), went into our refrigerator without permission (though snacks and water was provided daily on the counter), placed his plastic drink cup on top our our furniture & fireplace leaving water rings. VP was the most unprofessional sloppy person we had to deal with within the company! His inventory paperwork was filled with nothing but exaggerating lies about the condition of our belongings. When approached about paperwork, he argued with me in front of my children, refused to listen, or explain, was extremely disrespectful and degrading to me, to the point I kicked him out of my house! We finally got the military involved, in which they sent out representatives to investigate. We had no choice but to allow this moving company to move us, but at the very least, we would like to prevent any other military families to have to endure such unnecessary drama and stress in an already extremely stressful time! Highly discourage using this company!!!!!!!!!!

More
2.9 / 5
based on 6 reviews
get quotes
Best Laurel Movers
Moving to or from Laurel is a troublesome process and requires proper organization. The main task is the delivery of all things, furniture, appliances and other household items intact. Given the complexity of the work to be done, the ideal option is to order the move at low cost from a company that is professionally engaged in this, and entrust the whole process to professionals. We provide you with a list of such companies, so you can quickly choose what you need.
Get FREE Moving Quotes

Find Movers near by Laurel