Compare movers in Salinas and save 50% off moving cost
Save Money with Competitive Quotes
We Have Over 10,000 Movers in USA

Salinas
Why Use Authority Movers?
Save time and money 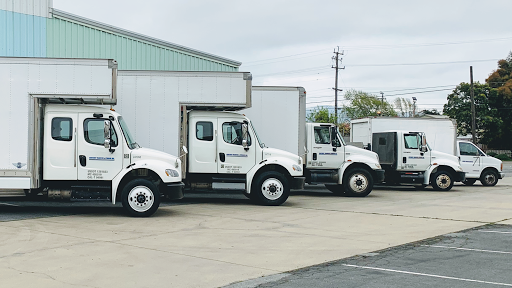 Haven't used them before but one of their trucks just rolled by my house, ripped down my phone line, and drove away.

One of their trucks passed us on 152 while we were going 70 mph. Not a safe driver.

The worst company for moving your furniture. If the military lets you choose, do not choose this company. I worked for them 25 years ago when I was in high school. Alan Freeze, Carl Freeze and their dad Gary, was the most racists people out there. They called Hispanic workers horrible names. They referred to them as wetbacks and yelled at them, abused the poor people. I stood up to them, but I was only 16 years old. The Alan Freeze abused older truck drivers. In fact, one of them had physiological issues because of Mr. Freeze. He would not allow the poor man to rest, sent him driving on long hauls pretty much 24/7. The poo guy would collapse sometimes getting off the truck. I didn't know the law back then or I would have figured out a way to report him. I helped the poor man get up several times and asked if I could call someone, but the man told me he needed the job.

More
1 / 5
based on 5 reviews
get quotes
Best Salinas Movers
Moving is stress and lost time for many people, but with the help of an experienced, reliable, insured moving company you can avoid unnecessary stress. But how do you choose a company whose services you will be completely satisfied with? This should be indicated by several factors, including licenses, customer reviews and insurance. We have studied the best moving companies in Salinas, so you can get accurate and final rates, reduce stress levels and move to a new home very calmly.
Get FREE Moving Quotes